Juvenil B remains in the top form after winning a yet another match. Meanwhile, Barcelona B loses their first game at Estadi Johan Cruyff this season. Also, Juvenil A wasn’t able to capitalize on the league rivals Espanyol dropping points against Girona and lose themselves against CF Damm.

Barcelona B vs Andorra 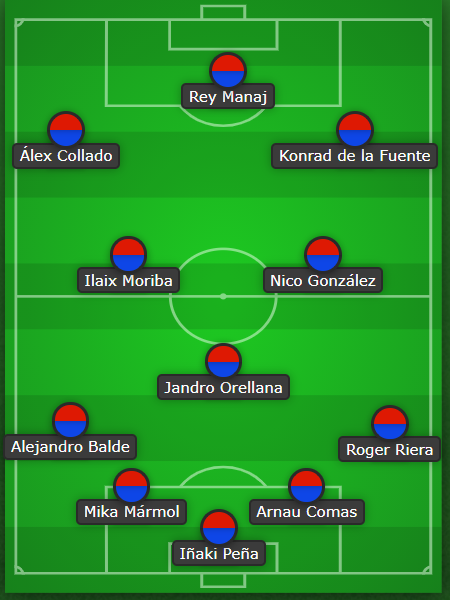 FC Barcelona B were handed their first loss at Estadi Johan Cruyff by Eder Sarabia’s FC Andorra who beat the Blaugrana’s 1-0. A goal by Víctor Casadesús in 73rd minute decided the match for the visitors. Despite only 1 goal scored, it could have been more for both the visitors and the home team. Barça B struggled in the match with most of the ball possession going Andorra’s way with 56%.

Despite that, the subsidiary team could have scored multiple goals with enormous chances during the entire game. Heroics from Andorra goalkeeper and horrible refereeing were the key reasons for this tough game. A game of goalkeepers with both Inaki Pena and Ratti making crucial saves. Until the 73rd minute, a wonderful intervention by Andorra’s players opened the scoring with an outstanding move from Casadesus.

One of the key players for Barça B was the captain Collado, who was the main playmaker and most dangerous player for the opposition. The number “10” always looked for open space to dribble past the players. Or to drop deep to create chances, which he did multiple times for Rey Manaj, Konrad and other teammates. Despite an outstanding game from Barcelona B, they were not able to grab points at home.

After losing their 2 out of 3 games, Barcelona B are in 4th position with 19 points, equal on points with Lleida who are third. The subsidiary team will now face CE L’Hospitalet who are winless in their last 6 games. The game will be played on 21st of February with Barcelona having 2 weeks to prepare for the game.

My Barcelona B player of the match: Iñaki Peña 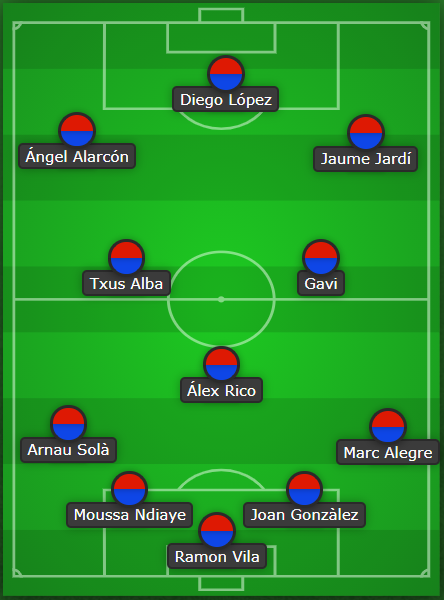 Juvenil A went into the game with the hope of reducing the league leaders Espanyol lead to 5 points. However, eventually, they were overrun by Damm in the first half with the team losing 3-0. The goal in the 10th minute of the game from Barcelona Juvenil A loanee Dani Cervera opened the scoring for the opposition. Juvenil A looked very rusty with multiple passes being misplaced, the defensive awareness from midfielder and defenders were lacking.

Despite it, Juvenil A received a penalty call in the 36th minute with Angel Alarcon stepping up to take it, however, CF Damm goalkeeper managed to save it with his feet. Despite the poor performance in the first half one players stood out and it was Gavi, who was troublesome for Damm midfielders and attackers to deal with. Gavi’s incredible press resistance helped the team to create chances by opening space for Txus, Jaume and Angel. Eventually, in the first half Ilias Akhomach who subbed in managed to score his first goal this season with a long shot and Gavi getting the assisting pass.

Despite the loss, Juvenil A will be looking to fight for the league with 9 games remaining. The youngster will face San Francisco next, with their last meeting ending in a 1-1 draw. The game will be played this Saturday evening.

My Juvenil A player of the match: Ilias Akhomach 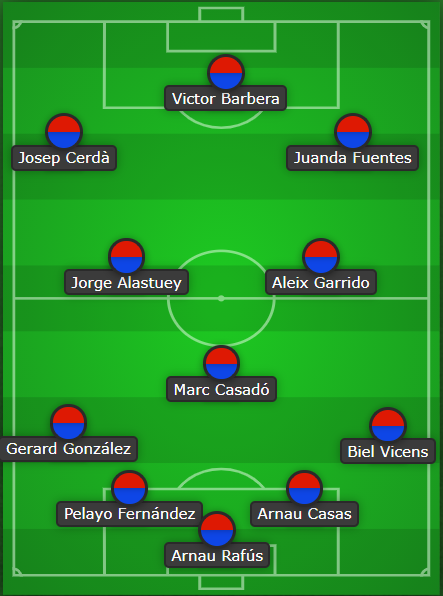 Juvenil B continues winning, this time beating Nàstic 7-0 away from home. Youngsters scored their first goal in the 24th minute with a great run from Gerard whose cross reached Juanda Fuendes. The right-winger laid it off to Josep Cerda, scoring his 7th goal this season. 10 minutes later a perfect free-kick from Aleix Garrido got to centre-back Pelayo who headed the second goal of Juvenil B. In the 36th minute, an astonishing solo run from Juanda Fuentes secured the youngsters the 3rd goal in the match.

In the second half, Óscar López rotated a lot of players giving some players a chance to prove themselves. Unfortunately, at the start of the second half Gerard Gonzalez went down with an injury. After being treated on the sideline he wasn’t able to continue and was substituted for Xavi Moreno.

It took time for Juvenil B to score another goal, however eventually Saidou scored a rebound. After the goalkeeper wasn’t able to keep the ball in his hands. In the last minutes, the substitutes managed to pick up goals. With Xavi Moreno scoring a penalty in the 88th minute. Also, Fermin Lopez scored and assisted. Meanwhile, Mamadou Saidou picked up 2 goals and 1 assist after coming on as a substitute in the second half.

Juvenil B trashed another player, with the scoring 41 goals and conceding only 5 goals in 13 games. With the youngsters averaging 3.1 goals per match. While having 13 different goal scorers, with Josep Cerda and Juanda Fuentas scoring 7 goals each and being the top scorers of Juvenil B this season. The team now will face AE Prat on Sunday afternoon.

My Juvenil B player of the match: Juanda Fuentes

Ángel Alarcon – The next talent to reach the first team?

How the next days will look for Memphis Depay

“We couldn’t stop him” : How Barça discovered Gavi

Reaction : Barça lose vs Sevilla in the 1st leg of the cup's semi finals