This week in La Masia : Barcelona B scoring 6 goals

Barcelona B defeats Hospitalet in fashion scoring 6 goals and keeping a clean sheet, meanwhile, Juvenil A continues trying to catch up to Espanyol reducing the gap to 6 points with a game in hand.

Barcelona B vs CE L’Hospitalet 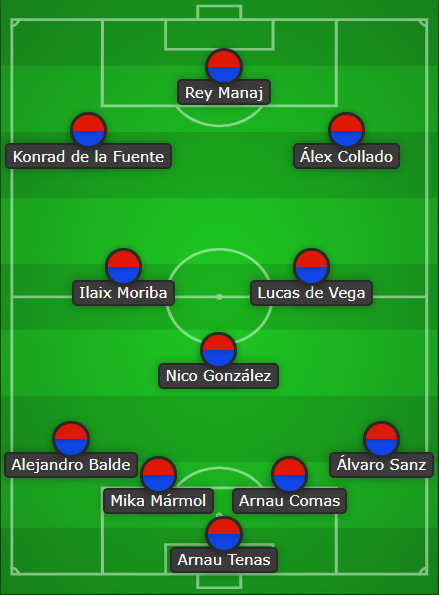 Barcelona B started the game strongly as it took the team only 20 minutes to open the score with a header from Rey Manaj. A great cross from Alvaro Sanz earning himself his first assist this season to put Barça B ahead.

In the 37th minute, a long shot just outside the box from Ilaix gave Barcelona B their second of the match with Moriba scoring his first goal of the season. Just before half time a foul on Moriba in the box, the referee whistled for a penalty. Without any hesitation, Rey Manaj put it into the bottom right corner of the goal. With Barcelona finishing the half 3-0, it looked as the subsidiary team will leave with 3 points.

In the second-half L’Hospitalet started the half with great intensity, however were eventually broken down in the 60th minute with a great run from Konrad de la Fuente reaching Comas, scoring his second of the season. In the span of 10 minutes the team’s number “10”, managed to pick himself 2 goals, after being the main creator for the team and providing danger on the wings. A great volley goal from Collado after an extraordinary cross from Alvaro Sanz reached Collado.

Finally, in the 76th minute, Collado scored his 5th goal this season. Extending Barcelona B lead to 6 goals. With time left on the clock, Garcia Pimienta gave one of the most promising midfielders in La Masia – Gavi his debut in Barcelona B.

Conclusions: After a great win, the subsidiary team are now 3rd in the group 1 point ahead of their next opponent Lleida. With youngster facing them on Sunday at Camp d’Esports.

My Barcelona B player of the match: Alex Collado 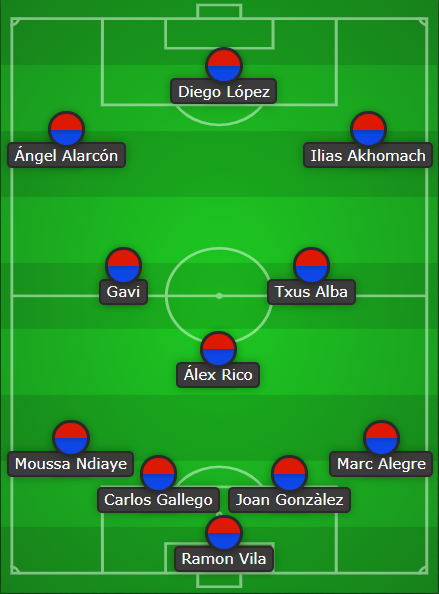 Due to injuries to Jaume Jardi and Franc Angong, Franc Artiga implemented a few changes in the line-up with Ilias Akhomach starting the game on the right-wing. Cornella started the game aggressively with high pressure, not allowing Juvenil A to build up from the back. However eventually in the 12th-minute youngsters managed to shake off their pressure. An exceptional through ball by Txus Alba reached Angel, who opened the scoring.

With this goal, Angel Alarcon has scored 6 goals this season. A sublime defensive display from Joan Gonzalez who has been converted from a midfielder and played most of this season in defence. Just before half-time, Joan was rewarded with a goal. A corner taken by Ilias reached Joan who headed the second goal of this match. Great vision from Ilias Akhomach managed to pick Txus alba at the edge of the box, who scored the third goal for Juvenil A. Finishing the game 3-0.

Conclusions: After a win against Cornella, Juvenil A mathematically guaranteed their place at Copa. Juvenil A will now face Atleticos Villacarlos on Saturday, before facing Espanyol B on the 7th of March. The Player of the match for me was between Txus Alba and Ilias Akhomach. However, eventually picked Ilias, who could have had a hat-trick of assist and a few goals in the game if not for Cornella goalkeeper León.

My Juvenil A player of the match: Ilias Akhomach

Match Report : Barça returns to the winning ways vs Elche