Before Pedri came into the limelight with his thrilling performances for FC Barcelona, he had already been making waves at the tender age of 16 during his time at Las Palmas.

Pedro Gonzalez Lopez had joined the youth set up of Las Palmas from CF Juventud Laguna in 2018. Before long, on 15 July 2019, he earned a promotion to the first team while only 16. His impressive displays at youth level had caught Pepe Mel’s eye, Las Palmas’ first team manager at the time.

And so Pepe Mel went on to give Pedri his professional debut a month later. The young chap started in a game Las Palmas lost by a lone goal to Huesca in Segunda Division. Shortly thereafter, Pedri scored his first goal for Las Palmas on Sept 19, 2019. A goal which was enough to win their home game against Sporting Gijon. And, as a result, he became the youngest goalscorer in all of Las Palmas’s history. Achieving this rare feat at only 16 years, 9 months and 23 days.

Ever since that point, Pedri has been on a sharp ascent to stardom and fame. He departed Las Palmas for Barcelona in the summer of 2020. Barcelona had reached an agreement with Las Palmas the year before, signing the youngster for only 5 million euros plus add ons. It didn’t take long for Pedri to dazzle at Camp Nou.

Brilliant from the start in Barcelona

And soon, the Spanish chap became a fixture in Ronald Koeman’s starting 11. Pedri, in truth, is an awesome footballer to watch. Among all his beguiling qualities, what stands out most is his intelligence, technical skills and ball control.

“He has the quality of making those around him better and seeing the play where others find it difficult. Iniesta had that,” his former coach Pepe Mel had said when asked about what exactly it was that made Pedri special. In the 2020-21 season, Pedri played in all of Barcelona’s La Liga games but for one. He featured 37 times in the league, partly because he was that good, and partly as a result of the squad being riddled with injuries.

In a goalless stalemate where Barcelona shared the spoils with Atletico Madrid at the Camp Nou, Pedri made his 50th appearance for the club. Achieving this at 18 years and 164 days, becoming the second youngest player to attain such a milestone after Bojan Krkic. By the of the 2020-21 season, he had played a total of 52 games in a Barca shirt, with four goals to his name.

At the national level, Pedri would receive his very first call up to the senior team from Luis Enrique in March prior to the 2022 FIFA World Cup qualification. It was against Greece on 25th March that he made his debut for Spain.

His laudable exhibitions for the national team meant he earned a place in the Spain squad that finished in the semis of the 2020 Euros. Becoming the youngest player ever to represent Spain at the European Championship. At the end of Euros 2020, he was awarded UEFA European Championship Young Player of the Tournament, and also became the only Spanish player to have been named in the Team of the Tournament.

A look at the future

And now, Pedri has added the 2021 Golden Boy to his collection. An award that has been won in the past by a few of the world’s finest. Take, by way of example, Lionel Messi (2005), Wayne Rooney (2004), Sergio Aguero (2007), Kylian Mbappe (2017). Greater things are expected from the young chap from here on. With his sublime displays week after week, Pedri has the world at his feet. 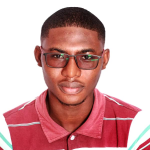