Barça Atlètic are undefeated under Rafael Márquez in their first 5 league games, which hasn’t been achieved since the 2001/2002 season. Most La Masia teams started their league campaigns with Shane Kluivert, the son of Patrick Kluivert, celebrating his birthday by scoring 2 goals for Cadet A in their opener against CF Damm. 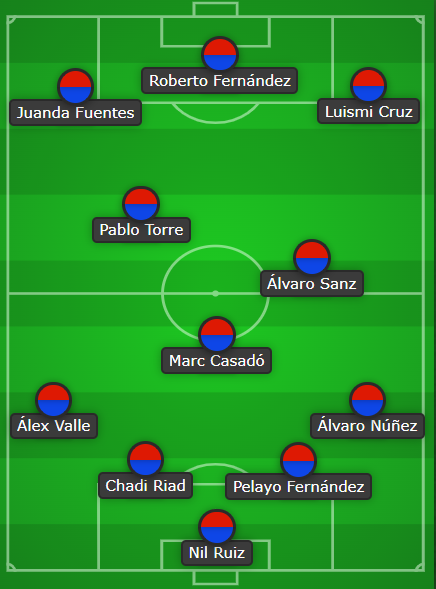 With the international break underway Barça Atlètic, were able to bring Pablo Torre to the subsidiary, making his debut for Barça Atlètic as a starter. And he didn’t disappoint with his performance. Just 50 seconds into the game Pablo Torre started an attack with an incredible through ball to Juanda Fuentes. Juanda didn’t waste that opportunity created by Pablo and delivered a pass to Roberto Fernandez, who opened the score.

Barcelona’s next big chance came in the 34th minute with a cross from Alvaro Sanz. Juanda Fuentes reached the ball, but a slight deflection from Murcia’s defender made Juanda’s shot hit the bar. Another great chance came through the right-flank with an incredible solo run from Luismi Cruz, who went past 3 Real Murcia players, however, in the end, his shot was deflected wide. Overall, the chances went for both teams, but thanks to great defensive work from the defenders and Nil Ruiz, Atlètic managed to keep Real Murcia quiet throughout the game. In the second half, a mistake from Real Murcia’s goalkeeper allowed Alvaro Sanz to give Barcelona a 2-0 lead.

At the end of the match new Barça Atlètic signing Alex Zalaya made his debut as he replaced Chadi Riad in the 87th minute. Another familiar face that appeared was the return of Angel Alarcon to Barça Atlètic, who made his debut with the team back in the 19/20 season.

Barça kept yet another clean sheet with a massive thanks to Nil Ruiz and also Chadi Riad who was very good defensively, while also building from the back. A very important player for the Atlètic’s success this season, after not conceding a single goal for the 4th match in a row. Barça Atlètic now will face Real Sociedad B who last season played in La Liga Smartbank.

My Barça Atlètic player of the match: Chadi Riad 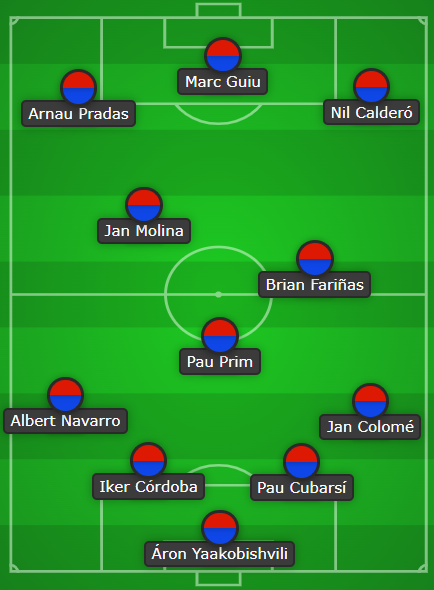 Juvenil B’s first opponent of the season became Juvenil A of Martinenc, who put up a good fight during the game and, at times, looked more dangerous than Barcelona. Pau Cubarsi, who was promoted straight from Cadet B, the same as his teammate Albert Navarro, had an excellent start to the game, however, a mistake from him led to Martinenc opening the score with an incredible golazo from long range. However, Juvenil B didn’t wait too long and responded straight away with Marc Guiu out dribbling Martinenc defenders. But he saw, his effort cleared. Fortunately, the clearance fell to Jan Molina, who equalized for Barcelona in the 41st minute of the game.

In the second half, the brilliance of goalkeepers from both teams kept the game at a still point until the end with Aron Yaakobishvili proving why he is considered one of the most talented goalkeepers in La Masia and occasionally training with the first team.

A close game between the two sides and Jan Molina was that metronome that scored the equalizer while also was creating a few chances for the team. Juvenil B weren’t able to win the game despite having the overall dominance over the ball. Next week they will have the possibility to winning their first game as they will face Sabadell away from home.

My Juvenil B player of the match: Jan Molina

Cornella vs Infantil A 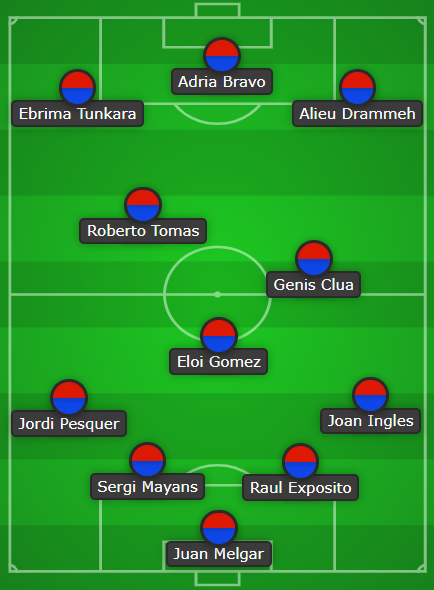 Infantil A started their league by playing their first match against Cornella. It was a tough start for the youngsters as they lacked efficiency with their passing, and being sloppy with the ball didn’t help to have a great start to the game. However, as the match went on, they got better, with Ebrima and Tomas leading in creating chances for Barcelona’s side. However, it was only in the 48th minute that Infantil A scored the opener after a solid cross from Roberto Tomas to Ebrima Tunkara. Ebrima placed the ball in front of Obinna, and he managed to finish it off with a great shot.

And with no time on the clock Infantil A still managed to grab a second goal with incredible work from Ebrima Tunkara as he managed to hold on to the ball before Obinna’s overlapping run. Eventually, a cross from David Obinna reached Roberto Tomas, who headed it in against his former side. But, with respect to his former team, he decided not to celebrate the goal, after having an incredible game.

Roberto Tomas, Ebrima Tunkara, David Obinna, this is the trio of players who were involved in both goals this game. Players that are definitely ones to watch in the future.

The game needed a finisher to score a goal and after coming on David Obinna provided a goal. He finished the game with 1 goal and 1 assist in the first league game of Infantil A, earning himself a spot as my okayer of the match. Next week Infantil A will face Sant Gabriel at home.

My Infantil A player of the match: David Obinna

One for the Future : Chadi Riad