There is a sweet feeling that comes with watching a movie trailer and seeing that it carries your favorite actor as the Protagonist and he is fighting against the odds and all other things that a movie director can imagine. you know in your heart that your fave is going to transcend these difficulties and give you ethereal memories. It is the same thing over here, in the Premiere of the Xavi Era.

We saw Xavi Hernandez make his Premiere as FC Barcelona coach yesterday evening at the Camp Nou. It was a great feeling for Cules who have longed for beautiful football to return to the stadium with a repertoire of beautiful moments of exasperating football. A 1-0 win for the Blaugrana is how the game turned out. Other than a fascinating starting XI, did anything slip by? Did we miss anything whilst the euphoria took us over? Well here are my notes from the game:

Over the first few minutes, the most noticeable thing about the Barça set up under Xavi is the width they play with. Debutant Ilias Akhomach was charged with stretching Espanyol on the right, whenever he got the ball, he had the option of either cutting in or taking the defender on. And he made the right decisions half the time, impressive when you are a 17-year-old making his debut in front of 74,000+ fans in a stadium like the Camp Nou. On the left, Gavi played well too. He is not a winger, but he did his job admirably. He often tended to occupy the same spaces on the half turn like De Jong did, and so maybe when an actual winger like Ansu or Dembele comes in, we will get to enjoy the game more. But this team is set up to stretch their opponents.

The best evidence of a team with a plan is the speed with which they move the ball. No ponderous ball hogging. The ball moved faster compared to the other games this season. The players knew where they were supposed to get the ball to and when they had it, they knew what to do with it. That is a big change from what we have seen thus far.

The XI sheet was fascinating. 8 La Masia graduates, 5 of whom were U23. Xavi was not merely saying things for the press to adore him. He actually does believe in youngsters and places La Masia very high up his pedestal. Eric Garcia, Oscar Mingueza, Nico Gonzalez, Gavi, Ilias Akhomach were the five who started the game. Then Riqui Puig came on to join the fray, along with Ronald Araujo and Abde Ezzalzouli. It was refreshing to see a coach consciously give the Masia boys a chance. Refreshing I say.

Xavi made a halftime substitution, even though the team wasn’t behind. He took off Ilias and brought on Abde. That is endearing and maybe a sign of things to come. This coach wants to play on the front foot and stay proactive rather than reactive. That is very much welcome. And Riqui Puig also got 15 minutes of game time under his belt. Will help him as he bids to get more time. Yusuf Demir also touched the turf and had a bit of air, although his loose touches made it evident that he wasn’t quite where he needed to be. But I believe things will get better with time.

Overall, I am impressed by the Xavi premiere. The first half most especially. We saw two different sides in both halves. This is a process that will take time but we can be sure that the stones are being laid at the Tito Vilanova. The players are still unable to press for 90 minutes, some are injured, so I believe things will get even better after more and more training sessions and Xavi’s Barça will be more and more visible. 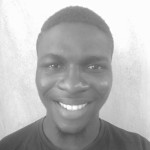