The Barcelona – Leganes game was a bit weird. On the one hand, Barca played nice in the first half without Messi. However, They couldn’t score more then one goal, and in the second half it was dangerous. But, as many times before, we had Messi to settle the Barcelona – Leganes with a 3-1 win. Here’s @tacticianbarca with the analysis.

Barça started with the usual 433, but this time Dembele played on his preffered wing, and Messi had a well deserved rest. On the other side, Leganes started with a 3421, looking to set up a solid deep block, and prevent Barça from overlapping in central areas.

First half – The Dembele show

Aleña and Arthur are probably the most creative interiors we have in the squad at the moment, and that says a lot. Both of them were really active in the midfield, mostly in possession though. Barça had no real trouble maintaining the ball, and Leganes knew they needed to defend.

With Vidal and Rakitic not playing, Arthur dropped deeper than he ever has before, while Aleña played closer to the right half space. In the Messi role though, Dembele fit in perfectly. He was active all the first half. Dribbling to opponents, cutting inside, running behind, and looked really confident.

In the goal, Dembele calmly finished with his right foot, and with this, showed what he had never done at Barca before. This was the first time we could say that Dembélé created the goal, and finished the goal. Messi would be proud. Anyways, Dembele was not playing as wide as he usually does when playing in the right wing. In possession, he would stay between the right half space, while off possession move upfield to form a 2 striker partnership with Suarez. As Coutinho dropped back to midfield off possesion, this allowed him to play in his best position.

One thing that lacked from Coutinho was the lack of association with Arthur. He didn’t drop enough to pick the ball in deeper areas, as Arthur played deeper then before.


Another observation, its one of the first games this season where the full backs are represented right next to the Midfielders. In possession, both full backs would push very high up the pitch, and Leganes struggled to even get the ball out of their own box.

With a couple of wasted chances by Barca, Leganes were able to luckily draw, and immediately Messi started warming up. Once Messi came on, we switched back into the 442 of last season.

Coutinho instantly looked more comfortable, and Dembele looked incomfortable. However, with Dembele coming off injured, Malcom and Rakitic helped bring directness through the right side. Leganes’ left side was particularly poor that day, probably having to do with Sergi moving up to midfield, to have the ball as long as possible. 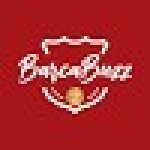